THE END OF THE ARCHIPELAGO

We are on the ledge that runs around the Monte Sella and that corresponds to the saddle mentioned at the point 01 dealing with the Sassongher. It marks a very important chapter in the story narrated by the rocky book of the Dolomites. In fact this ledge stands out because the core rock that creates it is made of rocks that are more erodible than the upper and lower dolomite, which brings to vertical developments. These rocks testify the moment when the slow sinking of the region dramatically decreased and the spaces between an island and the other consequently filled up. 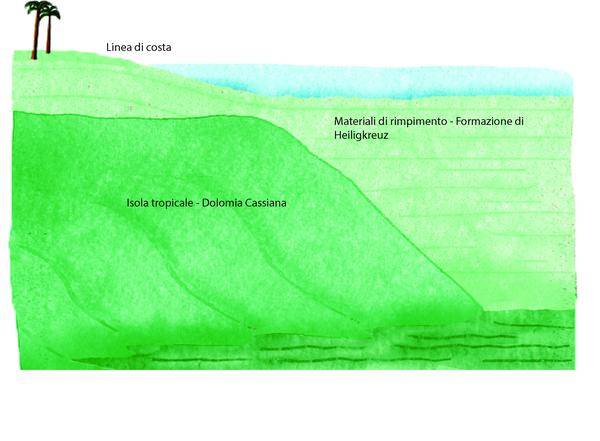 We can say that the tropical dolomite archipelago was then going extinct and it was being replaced by a coastline with dry lands that were linked to the sea and by wide flat strips with lagoons and mudflats. Furthermore, neither the sea far from the coast was remarkably deep.LOOK AT THE STONES IN FRONT OF YOU: THEY ARE VERY COMMON HERE AROUND AND THEY TESTIFY TO SEACOAST ENVIRONMENTS AND TO A SEA THAT WAS NEVER DEEP AND SUBECT TO EARTH DEPOSITS COMING FROM THE DRY LANDS.

This scenery, which witnessed the appearance of the first dinosaurs that inhabited the Earth- not diversified and, most of all, not numerous yet-was affected by a climatic episode of great humidity (Carnian Pluvial episode), which influenced the ecosystem and consequently the features of some plant and animal species. The history of the Dolomites is rich in episodes like this one, when the ecosystem suffered from times of crisis. In the rocks we can find the traces of these times of crisis and of the ways life found to recover by taking back its spaces and by adapting to the changes nature imposed. The Dolomites offer many hints to the climate changes of the past, which help us to improve predictive models that relate to the present and future world.

The amber of the Dolomite

During this pluvial episode many things occurred but one is worthy saying more than others due to its evocative power: the amber. 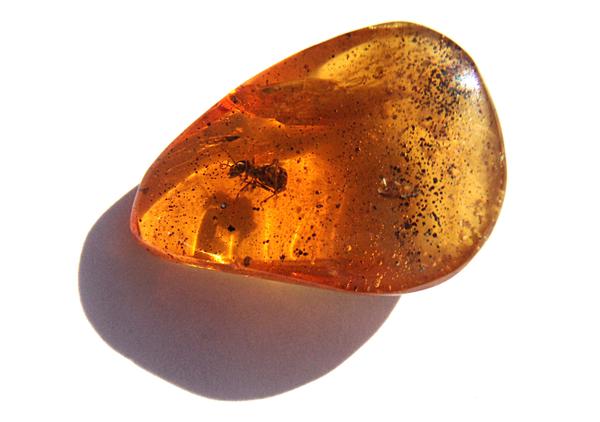 This ledge, which is very common in many parts of the Dolomites (Tre Cime di Lavaredo, Tofane, Civetta etc.) contain fossil resin drops coming from conifers that exuded a lot of resin during the times of high pressure caused by the climate change. These drops, which are now classified as amber, contain remains of insects and mites, which are the oldest ever studied in the world. 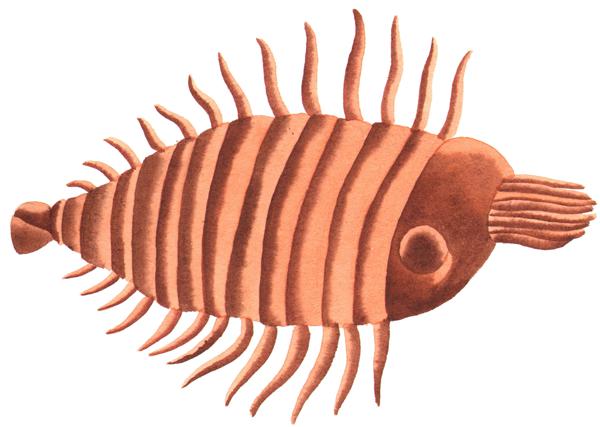