The opening of the Thetys sea

The Marmolada is a Triassic atoll, which perfectly preserves its evolutionary stages and which, above all, clearly shows the relationship between the islands that were built by organisms and the volcanic bodies produced during the activity in the Ladinic era (Mid-Triassic- 242/237 millions of years). The Thethys sea, on whose western side the Dolomites lay, was subject to a widening due to the extensional tectonic thrusts and its bottom was slowly sinking. For this reason the islands built by organisms, such as the Marmolada, developed vertically to keep themselves near the surface, within the water column crossed by the light.

The rocks that derived from the island are now limestones (Marmolada Limestone) and the island, even though its landscape is still well preserved, was subject to an arching caused by the tectonic thrusts that raised the alpine chain.

The crustal widening movement, which was acting in this period, favoured, at a certain point, the rising of the magmas that the thin crust couldn’t contain any more and ,which flowed upwards from the depth of the earth through the fractures. Some volcanoes dominated the area and their remains can be found near the Marmolada (Monzoni and Predazzo area). In some cases, lavas and products of the volcanic explosions partially covered the tropical islands dramatically disturbing the proliferation of the marine animals that built the islands.The Marmolada is an island that was covered by materials that came from the disintegration of the volcanoes and it was partially crossed by the veins formed by the rising magma.

LOOK AT THE STONES IN FRONT OF YOU: ONE COMES FROM THE FIRE AND THE OTHER COMES FROM THE TROPICAL SEA. IN THE BACKGROUND YOU CAN TAKE A GLIMPSE AT THE MARMOLADA. IN THE STONES IN FRONT OF YOU CAN SEE THE SAME CROMATIC CONTRAST EXISITNG BETWEEN THE MARMOLADA AND THE OPPOSITE PADON (BLACK-WHITE, LIGHT-DARK) BLACK ROCKS OF VOLCANIC ORIGIN ARE ON THE PADON NEXT TO TYPICALLY VERTICAL DOLOMITE MORPHOLOGIES THAT ARE SCULPRURED IN THE CARBONATE ROCKS OF THE MARMOLADA, WHICH ARE COMMONLY WHITE. THE LANDSCAPE OF THE UNESCO DOLIMITES, WHICH IS CONSIDERED UNIQUE AND, WHICH BEARS A UNIVERSAL VALUE, IS CHARACTERIZED ALSO BY CROMATIC CONTRASTS AND A VARIATY OF SHAPES.

The presence of the fossil life

The fact that the Marmolada was covered by materials of volcanic origin resulted also in another particular feature of this mountain. As a matter of fact, the Marmolada, which is worth the appellative of the “Queen of the Dolomites”, is made of limestone and this is due to the fact that the volcanic and volcanoclastic coverings prevented it from the dolomitization. The dolomitization is a process, by means of which a deposit of potential limestone is transformed into dolomite. If you add an element -magnesium -to the chemical formula of a limestone (calcium carbonate), you will get a dolomite, the only rock in the world , after which particular mountains are named. 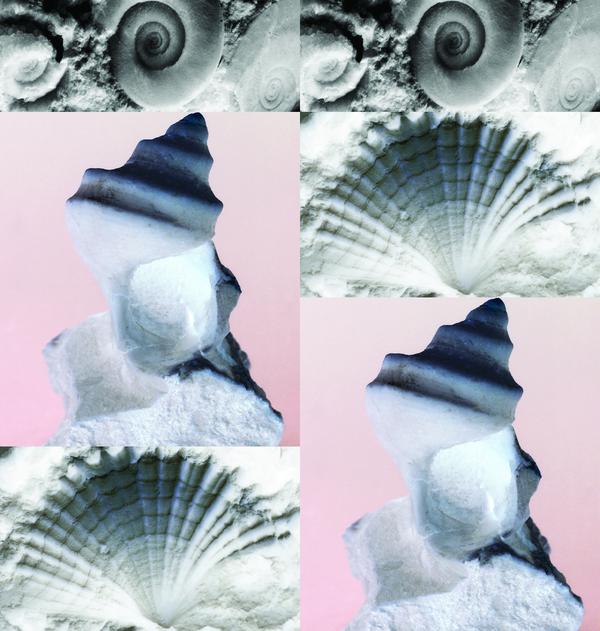 The lack of dolomitization of the Marmolada allowed the perfect preservation of many species of marine living beings of the Ladinic era, which inhabited the slopes of the island and the water near the cliff. This exceptional fact gives us now the possibility of documenting very precisely the marine Ladinic fauna.