The dance of the tides and the stratified dolomite

About 2/3 rd from the basement of the wall of the Centurines-which we can see in the background- is made of Dolomia Principale of the late Triassic era(220-205 Ma) , while the remaining1/3rd belongs to a later period and refers to the Jurassic era. It is a stratified Dolomite rock that presents repetitive features. When the dolomite archipelago disappeared, as there was no subsidence any more to allow the dolomite islands to grow vertically, the remaining sea strips between the islands filled up gradually. The previous seascape, which was characterized by deep water and dotted with small atolls and barriers, that were built by organisms, slowly became a muddy and sandy plain repeatedly invaded by tides, as it was located at the sea level. 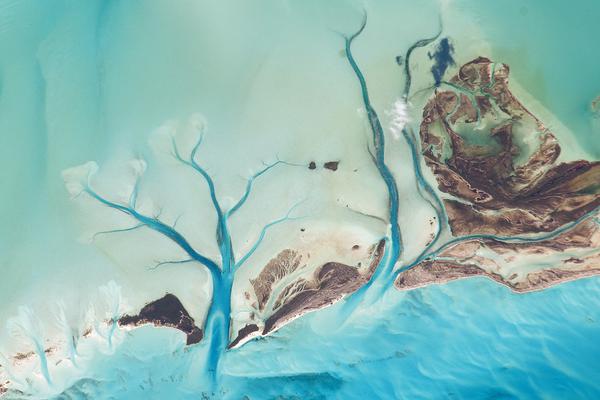 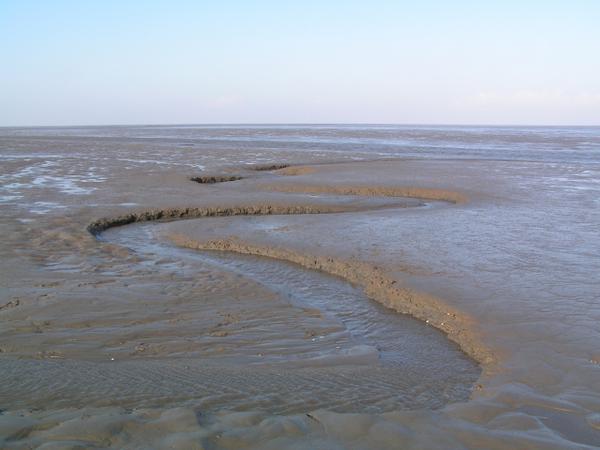 This huge plain was cyclically invaded by the sea and different climatic events fostered the development of environment, which were characterized by partially emerged lands with lagoons and widespread tidal channels, which sometimes disappeared under the overwhelming and incessant advance of the sea. When the sea was low, wide areas of carbonate mud dried under the sun. The climate was arid and where some water and humidity remained, carpets of algae propagated. Their fossils are now enclosed in the rock. LOOK CAREFULLY AT THE DETAILS OF THE ROCKS IN FRONT OF YOU: ONE CONTAINS THICK LINEATIONS WITH FOSSILIZED ALGAE CARPETS, WHICH CORRESPOND TO THE ALTERNATION OF THE FLOOD TIDES AND EBB TIDES FOLLOWED FOLLOWING EACH OTHER IN SHORT TIMES. 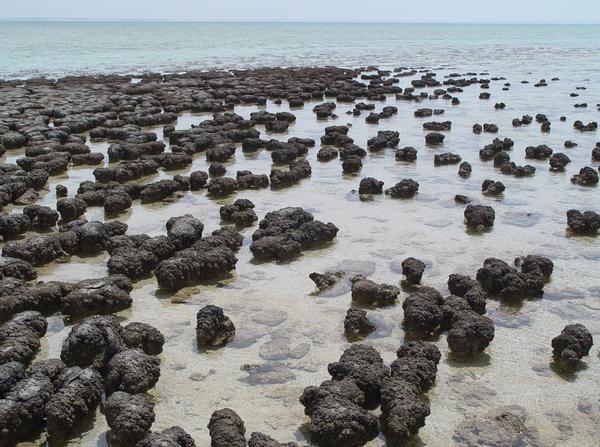 Due to reasons linked to the physics of planets, both short and long-lasting tides brought the sea to flood the muddy plain. In this way the algae layers were covered by banks of finer mud, which were invaded again by other algae carpets during the low tide, in a cyclic way, forming several layers of mud and algae. 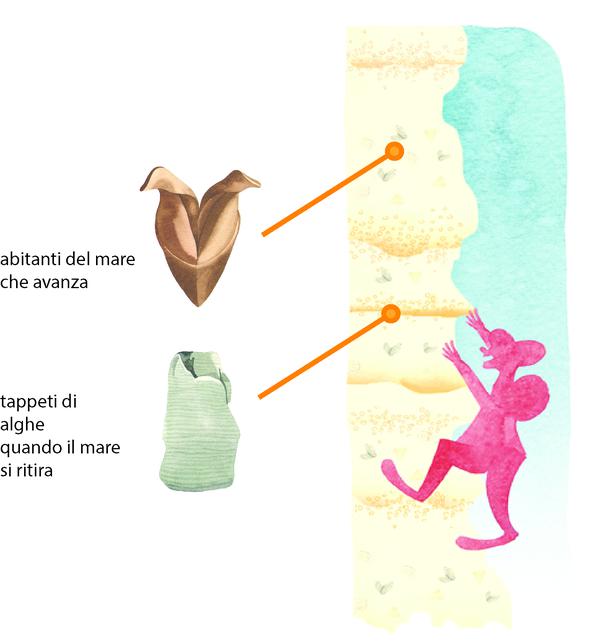 Currently the first 2/3rd of the wall of the Conturines, which is visible from here, are formed by layers of rocks: a series of stratified dolomites that correspond to the rhythm of the tides. It would be very evocative to put to music the cyclical sequences that can be registered in the rocks of the Dolomia Principale, which originates from the environmental changes.LOOK CAREFULLY AT THE DETAILS OF THE ROCKS IN FRONT OF YOU: ONE IS MADE OF AN HOMOGENEOUS, SOLID TEXTURE WITH WIDESPREAD FOSSILIFEROUS RECESSES. IT SUGGESTS THE IDEA OF A HOMOGENEOUS PETRIFIED MUD AND THERE IS NO TRACE OF FOILS WITH FOSSIL ALGAE LAYERS: THE SEA PENETRATED THE PLAIN AND THERE REMAINED FOR A WHILE.

Towards a destiny: the abyss

During the Jurassic era, the muddy plain, which was crossed by the tides, was broken by the Atlantic Ocean. As a consequence of this crust relaxation some sectors of the western gulf of the Thetys sank. The Dolomite region became a deep sea and in some areas even an abyss. Consequently, on the sunk Dolomia Principale led down limestones made of the mud and sand of this sea, which was getting deeper and deeper. This stratification is clearly visible, as , in particular light conditions, you can notice the difference between the underlying dolomite banks and the overlying limestones, which belong to the Jurassic era and, which fill 1/3rd of the Centurines up to the summit.